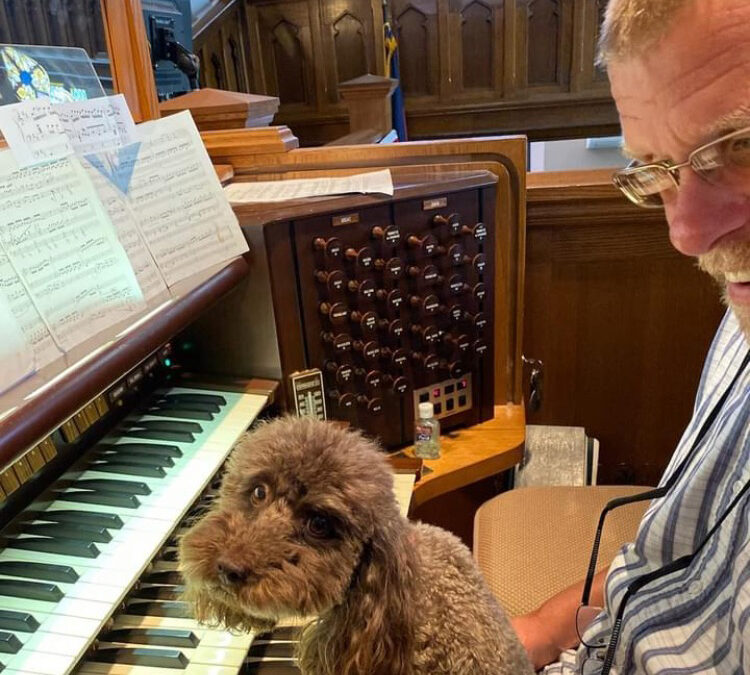 Jerry Marshall has been an organist for the Painesville United Methodist Church since 1988!  Jerry studied music for two years at Lakeland Community College for finishing up his focus in Organ Performance at Lake Erie College.  He says he began having a significant interest in organ performance in 1975 around the age of 15, and was able to study privately and later professionally with organ artists in the Cleveland area.  Jerry is now in the AGO (American Guild of Organists) Cleveland Chapter!  Jerry has served in many churches locally but relishes his renowned tenure with PUMC.  In addition to his organist role, Jerry is the choral accompanist for the Chancel Choir throughout the academic year and also accompanies the Children’s Choir.  Most recently, Jerry has also accepted the opportunity to lead the recently renamed Youth Bell Choir, Carol’s Bells.

Those who haven’t been around Jerry very long will soon find that he has a deep sense of music humor, and if you tune in closely you may hear notes from “Happy Birthday to you” woven in the occasional hymn when someone in the choir is celebrating a big day!  Jerry also showcases a collection of music-themed ties from time to time – pay close attention so you don’t miss one!  In his spare time, Jerry enjoys spending time with his children, watching them compete in swimming competitions and celebrating their successes in first-job interviews, etc.  When taking note of his children and Jerry’s sense of humor, the apple doesn’t fall far from the tree.  One son is reported to have played “Jaws” music on a tuba outside of the bathroom door while Jerry was in the shower – possibly on multiple occasions!

Many bridal couples have enjoyed Jerry’s celebratory music at their weddings right here at PUMC.  Additionally, Jerry is delighted to offer an organ concert from time to time – so stay tuned!