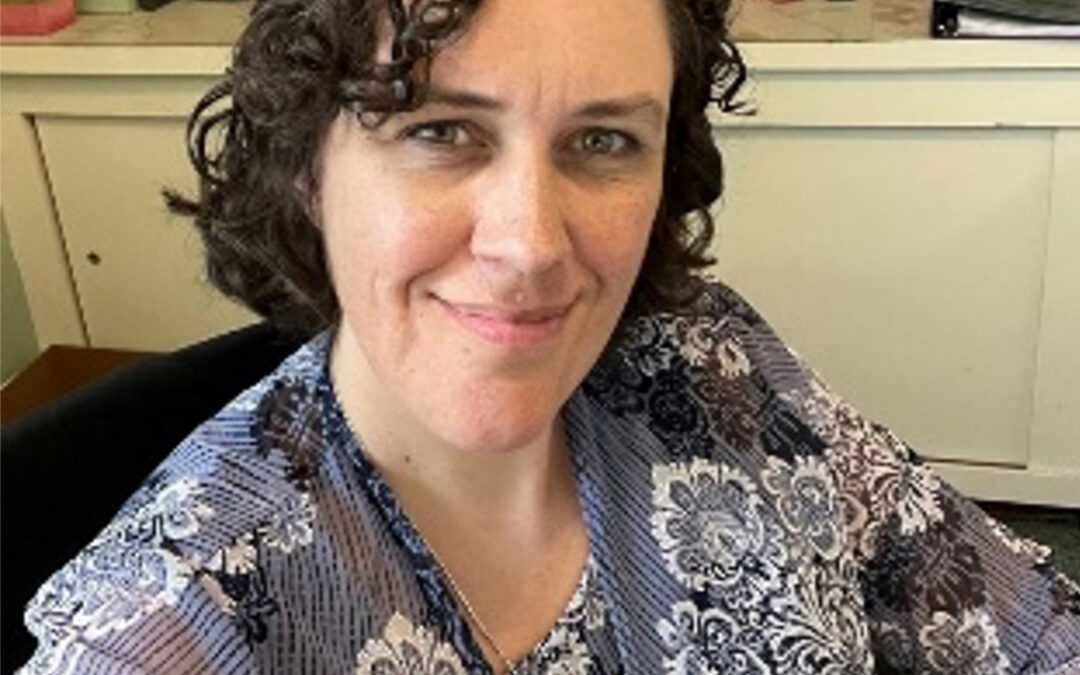 Maria is our Director of Outreach, Marketing, and Support Services.   In short, that means she creates, markets, and hosts many of our church events and programs, in addition to fulfilling the administrative support role vacated in early 2022.   Joining PUMC in February, Maria quickly launched several initiatives designed to re-awaken the church after almost two years of Covid procedures.  Working with Pastor Jim, PUMC was able to bring back the former Tuesday Night Bible Study group to it’s renewed weekly schedule.  In addition, PUMC now offers a weekly Thursday Afternoon Prayer & Tea Time that allows folks to come together for an hour of quiet prayer, connection, and comfort in the middle of the week.  And, many other individual events have come to fruition during Maria’s brief tenure – from a Spaghetti Dinner and a First Responder Appreciation Day to a Mother’s Day tea and a Father’s Day Captain’s baseball outing – with more ideas to come!

Maria is very grateful to be here at PUMC and is especially appreciative of all of the volunteers who keep things going behind the scenes!  One of the first things Maria noticed when she signed on for this new role was the amount of volunteer work that goes on during the week that folks who are only in the building on Sundays may not realize.   Maria is especially awed by the number of people who have offered to help, volunteer, or sustain various events or ideas as soon as she has presented them!

With a Bachelor’s degree with an emphasis in Psychology from Northern Arizona University, Maria set out to one day become a high school guidance counselor, and never imagined she would have the opportunity to work in a church one day.   During college, Maria was recruited by reps from Walt Disney World and completed an 8-month hospitality internship in Orlando, Florida, working at the Grand Floridian Resort.  With only 18 credits left until college graduation, Maria returned to Arizona to complete those, but changed her goal to subsequently become a restaurant manager at Walt Disney World.  It wasn’t long before she was moving back to Florida and training in exactly that!  Maria was thrilled to manage various Epcot locations, such as the Garden Grill, Sunshine Seasons Food Fair, the Liberty Inn, and ODF (Outdoor Foods).  She is especially proud of having been selected as one of the 10th anniversary Food & Wine Festival Managers (2005)!

A few years later, Maria met her future husband Joshua Strickland, who was working with a legal team in Orlando at the time.  Josh was from Ohio and planning to move back – and asked Maria to marry him!  Josh and Maria were married in Ash Cave, which is located in the Hocking Hills Region of southeastern Ohio, in September 2007.   In the process of moving, Maria had to close a chapter on her beloved Disney experience, which she will always remember fondly.  She likes to quip that she “gave up Disneyworld for love, as she sure wouldn’t do it for the weather!”

Upon arrival in Cleveland, Maria began working as a restaurant manager with Boston Market.  Very shortly thereafter, Maria was offered a salesbuilding/field marketing role for the catering line of business.  Maria spent almost 15 years in various roles for the brand, including predominantly home-based telephone roles such as Catering Sales Specialist responsible for growth in a sales market, Regional Catering Sales Manager as a leader of several sales team members on her team, and at some points as the Director of Catering/Catering Support leading the entire sales team.  Maria was most recently responsible for the training and onboarding of all new sales personnel as well as producing year-round and seasonal training materials for inbound and outbound call center agents stateside and abroad.

When the administrative opening was announced at PUMC, Maria felt called immediately to start asking about the role and began suggesting ideas of events or things that could be done as the church came out of 23 long months of Covid restrictions.  The transition from typical job requirements of “church secretary” began to include church growth, fellowship, and involvement in addition to those basic administrative needs.  Maria was thrilled to be able to accept this career change and have the opportunity to make a personal impact on the church she has been attending since she arrived in Ohio almost 15 years ago!

Josh & Maria have two kids, son Riley (14) and daughter Norah (10 ½), who keep them on their toes!  Riley is a Boy Scout and Norah is a Cub Scout, which means that any time Maria isn’t at a church event, she’s probably camping!  Maria loves to practice her Dutch Oven cooking skills and hike to waterfalls – but maybe not in the same trip.  Maria is also an avid reader of all things Jane Austen, and loves clean Regency Era historical fiction.   Maria likes to tell people that reading is her winter sport.

If you’re new to the area or new to the church, stop on by the church office to say hello to Maria.   She’s excited to meet you!